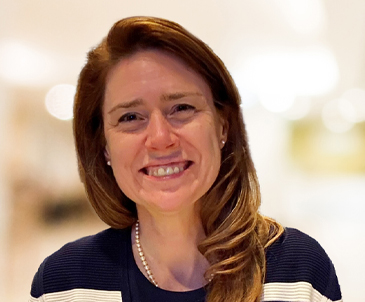 Ms. Cogswell has led multiple organizations through strategy, policy, technology execution, and operations in support of national security missions, as well as how to construct and implement both business and technical architectures. She led complex initiatives across the federal government and with international partners.

Prior to her arrival at Guidehouse, she served in a number of senior executive positions within the Department of Homeland Security, including as the Deputy Administrator of the Transportation Security Administration, Assistant Director for Intelligence at the U.S. Immigration and Customs Enforcement, Acting Undersecretary within the Office of Intelligence and Analysis, Acting Assistant Secretary for Policy Integration and Implementation, and Deputy Assistant Secretary for Screening Coordination. She previously served at the National Security Council as Acting Deputy Assistant to the President for Homeland Security and Counterterrorism, and as Special Assistant to the President for Transborder Security.

During her time in government, Ms. Cogswell received the DHS Outstanding Service Medal, the DHS Secretary’s Award, and the DHS Thought Leadership Award.

Ms. Cogswell received a Bachelor of Arts degree in Mathematics from the University of Pennsylvania with a minor in Economics and a Juris Doctor degree from the College of William and Mary, Marshall-Wythe School of Law.