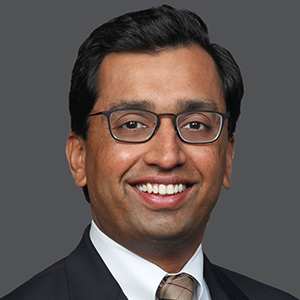 Raj De is the managing partner of Mayer Brown’s Washington D.C. office. He leads the firm’s global Cybersecurity & Data Privacy practice and their National Security practice, and serves on the firm’s Congressional Investigations & Crisis Management team. After nearly two decades in private practice and public service, De is one of the most trusted voices in Washington. He has held senior appointments in the White House, the Department of Justice (DoJ), and the Department of Defense (DoD). De returned to Mayer Brown in 2015 after serving as general counsel at the U.S. National Security Agency (NSA). He has received numerous recognitions, including by American Lawyer (“Lateral All-Star”), Washingtonian (“Top Lawyer”), and The National Law Journal (“Cybersecurity and Data Privacy Trailblazer”). He focuses on cutting-edge legal and policy issues at the nexus of technology, national security, law enforcement, and privacy. De advises executive-level clients on matters of crisis management, government and internal investigations, litigation, regulatory enforcement, and congressional inquiries.

As NSA general counsel, De served as the chief legal officer and senior advisor to the NSA Director. He supervised approximately one hundred lawyers and staff that provide legal advice across a range of issue areas, including foreign intelligence, cybersecurity, contracts, intellectual property, research and technology, administrative law, ethics, and pending legislation. De represented the agency regularly with senior officials across the executive branch, as well as before Congress, the Foreign Intelligence Surveillance Court, and foreign governments. Prior to his service at the NSA, De served as White House staff secretary and deputy assistant to the President. He previously served as principal deputy assistant attorney general in the Office of Legal Policy at the DoJ, where he worked closely with the attorney general and senior DoJ leadership, litigating components and enforcement agencies on policy development and implementation in the civil rights, criminal justice, national security, and civil-litigation arenas.

De has also had significant congressional experience over the course of his career. He served as counsel to the 9/11 Commission, conducting scores of interviews with U.S. government and foreign officials and drafting sections of the 9/11 Commission’s final public report. He was subsequently counsel to a special bipartisan staff of the Senate Committee on Homeland Security and Governmental Affairs, as a primary drafter and negotiator of the intelligence reform legislation that implemented the 9/11 Commission’s recommendations for appointment of a director of national intelligence and establishment of a National Counterterrorism Center.